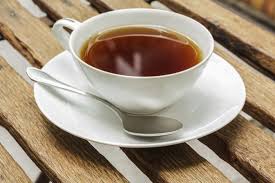 Every now and then I read something that reminds me of the quirky sense of humour that scientists can have, from my friend who has a t-shirt that says “Smash particles and patriarchy” to the recent post on several news services about a journal article that was published in 2005 about a study of “The case of the disappearing teaspoons”.

I remember when this article came out. I was, at the time, a research assistant for a research institute in Melbourne, the same city as where this article was published. Not only did we find it an entertaining read, it was both a scientifically sound experiment AND answered out question as to where all the communal tearoom teaspoons go!

The experiment was reasonable simple. The authors  bought and discreetly numbered 70 teaspoons which they then deposited around their institute. Each week they conducted a count of how many teaspoons remained. They also did a quick scan of desks to see if they could see any of the teaspoons.

At the end of the study, they told their colleagues of their experiment and asked them to fill out a survey. This was one of my favourite parts of the experiment as it included questions such as “have you ever stolen a teaspoon?” and “do you feel guilty about stealing a teaspoon”. Surprisingly (at least to me) only 38% of respondents had ever stolen a teaspoon!! I guess people are a bit more honest than me (yes I take cutlery from the restaurant at work……).

Of the 70 teaspoons at the beginning of the study, 56 (80%) had disappeared. Where to, the authors never discovered. After 81 days, half of the teaspoons were gone, and the type of tearoom that the spoons were in also affected how quickly they disappeared!

The authors also estimated that:

If the annual rate of teaspoon loss per employee can be applied to the entire workforce of the city of Melbourne (about 2.5 million), an estimated 18 million teaspoons are going missing in Melbourne each year. Laid end to end, these lost teaspoons would cover over 2700 km—the length of the entire coastline of Mozambique —and weigh over 360 metric tons—the approximate weight of four adult blue whales.

I don’t even want to think about pens that disappear from offices every year!

Evidence on spoon disappearances is lacking

This also made me chuckle. Often, scientific journals want authors to give a quick summary of how their research adds to the field or to the scientific community. The authors of this study made these statements (including a reference to The Hitchhikers Guide to the Galaxy by Douglas Adams):

What is already known on this topic: Information on the displacement of teaspoons in institutional settings is lacking in the medical and scientific literature

What this study adds: We lost nearly one teaspoon per 100 teaspoon days People have no control over teaspoon migration; escape to a spoonoid planet and resistentialism are equally plausible explanations

I love this article because of its tongue-in-cheek nature, plus its example of a well-planned and thorough experimental procedure. I think it is a great example demonstrating that science can be fun. Us scientists have a sense of humour too!